The MLC invites Music Distributors to join our mission to pay out every mechanical royalty.

Every day hundreds of music distributors deliver thousands of recordings to digital service providers (DSPs) on behalf of music creators and rightsholders from around the world. These recordings embody musical works for which digital audio mechanical royalties are earned when the recording is streamed or downloaded. Every month, in accordance with the Music Modernization Act, DSPs report the usage of these recordings and the earned royalties to The Mechanical Licensing Collective (The MLC). Then, The MLC attempts to match the recordings referenced in these reports to musical works registered at The MLC. The recordings that we are unable to match are added to The MLC's unmatched recordings database. 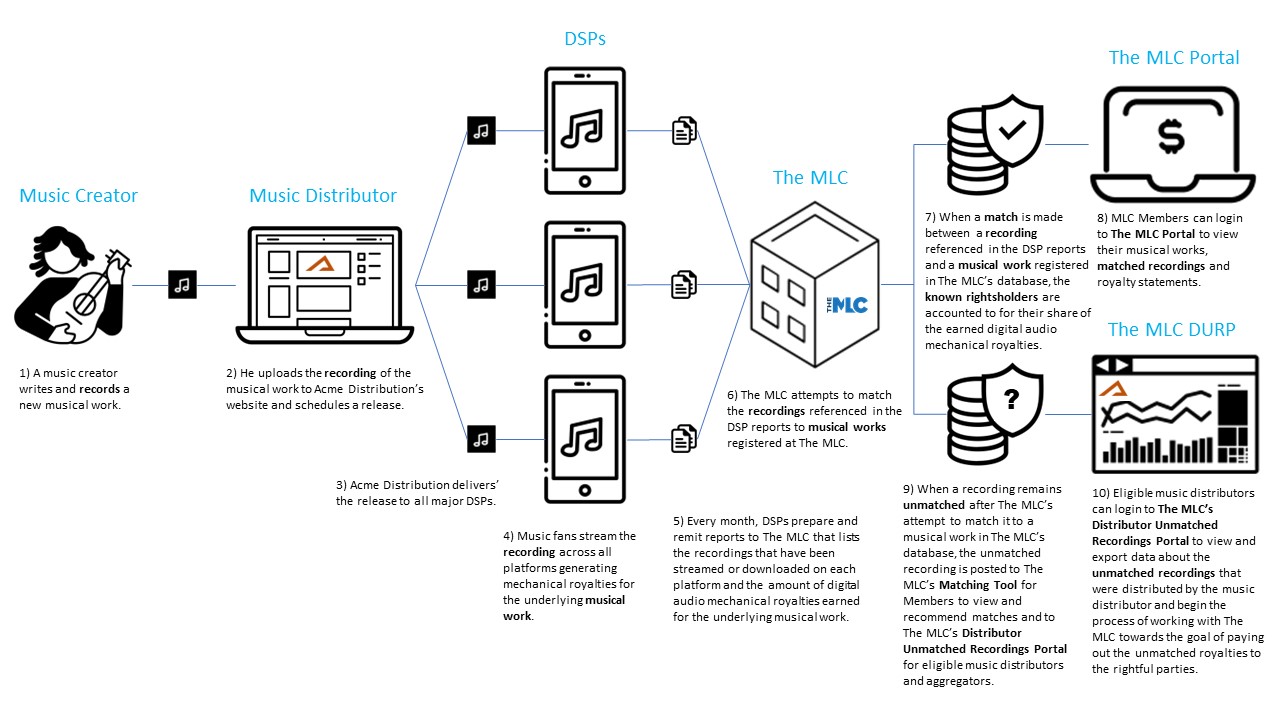 The DURP will enable music distributors, aggregators, and other eligible sound recording distributors to gain visibility into recordings that The MLC has been unable to fully match to musical works registered at The MLC. The information about these recordings is derived from usage reports delivered to The MLC from DSPs containing metadata delivered to DSPs from distributors. The purpose of offering such an unprecedented view into The MLC's unmatched recordings data via the DURP is to encourage distributors to explore ways in which the distributor can help The MLC pay out the associated unclaimed royalties to the appropriate rightsholders. 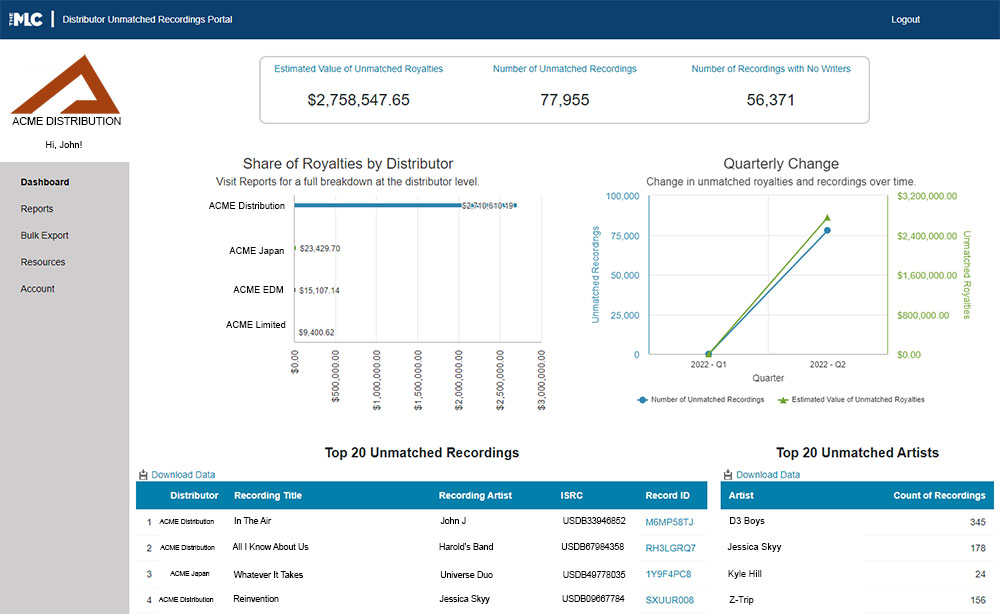